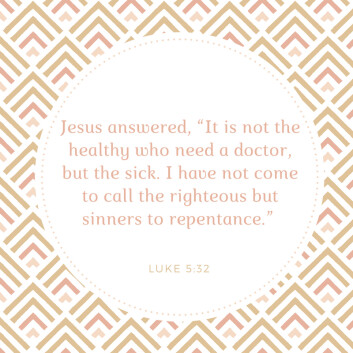 Last week I met a woman who knows a friend of mine. Once we made this discovery, we spent a long while comparing notes about our mutual friend’s goodness. Charles moved away from Indianapolis a few years ago, but recounting his virtues together made him so vivid that it felt as if he’d only left the room.

He was the sort of man who seemed to have it all. A former South African soccer star, he spoke four languages and worked as a translator and youth soccer coach. He was charming, kind and often went out of his way to protect women and children.

From where we sat, his life appeared to be orderly, meticulous and disciplined. Everything about him exuded tranquility and peace. His face bore such equanimity that it was difficult to believe Charles had ever entertained an evil or aggressive thought.

My friend confirmed something else about Charles. He was a man of faith, and all of his weekend commitments were made around Sunday worship. We admired his ways so much that he had become a royal figure to both of us.

If you’ve ever known such a person, you know what it is to wonder exactly what gave Charles that je ne sais quoi. What made him so good? To say that he was a Christian seems too vague an answer.

What we want to know is this: was Charles born that way—part of a special class of people who need no correction? Or had he mastered some secret that helped him close the gap between knowing and being? If so, can we master it, too?

Instinctively, Christians understand that our faith must be authentic if it is to influence the world. In our hunger for authenticity, we may wake up on a Monday morning determined to be and do everything we’ve studied the night before. Before breakfast, we’ve already violated our own intentions.

How do we explain this discrepancy? For most Christians, I suspect it begins with failing to understand what’s right in God’s eyes as well as we imagine we do. There is a big difference between consciously understanding his word and subconsciously becoming that understanding.

To truly know it, I have to give myself a chance to live and practice that knowledge.

New patterns of behavior come from new experiences that prove our old ways are defective.  And we can’t have new experiences if we continually act upon our own instincts and desires.

I’ve come to realize that my best shot at imitating Christ comes when I pause between thought and action. In that space, I can choose the thing that is exactly the opposite of my impulse and trust that I’ve made the better choice. How often does this happen? Not nearly as often as it should.

Whether we lack “the goodness gene” that seems so evident in people like Charles or we simply haven’t transformed our natures in harmony with God’s will, it could be that prayer, reflection and introspection will finally bring us to a more authentic faith.

Meanwhile, those of us who are still reaching for true goodness can be confident that we don’t have to be perfect to be saved. Christ came for us and will fight for us despite our faults and weaknesses, thanks be to God.