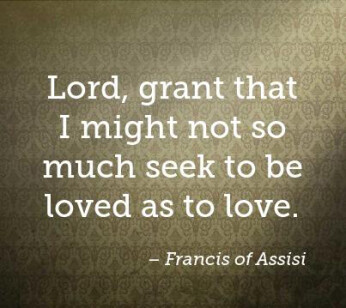 I watched an interview with David Gregory and Yossi Klein Halevi recently and was amazed at how the discussions going on with Judaism today have ancient roots.  So many of the issues are framed by the attitude toward land. Must a Jewish person today be a Zionist? In overly simplified other words, a Jewish person have a desire to move to the physical nation of Israel? The discussion was respectful, sharp, informed and nuanced.  I appreciated very much that the two men involved did not grovel with each other, nor did they automatically assume . They explored the perspectives of a Jewish man living in Israel and another Jewish man living in America.  They realized that geography matters, but that reasonable people might disagree on how it matters.

the end, David Gregory made a remarkable statement.  Referring to the common problem of finger-pointing and judging within the community he pointed out that some of the most divisive issues are divisive because they are hard.  He reminded the audience that “we are all Jews” and that they should not, therefore, confuse their respective governments with their faith. He said that the questions currently dividing the community (two-state solution, Iran nuclear deal, terrorism, security, etc.) are complex. Someone with a different view is not just being obstinate or acting the part of a traitor. He concluded by saying “we should be better than this. The way is not always clear.  We must continue to discuss with one another.” As a member of the U.S. News media (CNN) he pointed out that he is well aware of the rancor current in our national dialogue, but he called his fellow Jews to transcend the respective cultures and demonstrate good faith in good discussions.

Rabbi Halevi had earlier written words to the effect that as a religious person he could not give in to despair.  To do that would be tantamount to disbelief in God. God works in impossible situations.  He works in unexpected ways.  Days may look dark (Rabbi Halevi is convinced that a major Middle Eastern War is inevitable) but God still works miracles.

I was struck by how much these two men were calling their fellow Jews to what I have called us to at North Central. If ever a group of people could have a genuinely respectful discussion on a sensitive subject of disagreement, the contrast with the surrounding culture would be so severe that it would be impossible for us not to stand out. If we camouflage ourselves with the same rancor and impatience the world is characterized by, we will not be seen.

Love is the way that the world will know we are Christ's disciples.  They don't understand our arguments. For the most part, they don't care about them.  But what if we could demonstrate a better community?