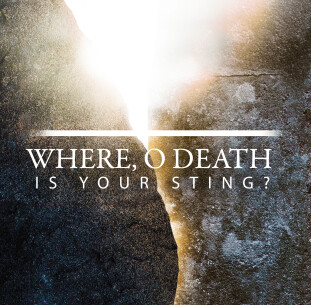 “What’s lost is nothing to what’s found, and all the death that ever would scarcely fill a cup.” –– Frederick Buechner

“How long has it been since your son’s death?” I asked Jack Jacobs.

“One month and nineteen days,” he responded without hesitation.  The emotions are still raw—and understandably so.

Jack’s son Jackie quietly passed away in his sleep sometime during the early hours of Saturday, Feb. 27. Jackie was 33 years old. Despite years of past drug abuse, Jackie was in the best of shape and the prime of his life, or so it seemed when he died.

Jackie graduated from Warren Central and worked for many years as an ironworker, just as his dad and granddad had done. When he died, he had two young sons living with him, Jamison and Jace. Jackie had finally put many of his personal struggles behind him and was taking an active role in the small Christian church he attended in Johnson County. He and the minister had become close friends, often working out at the gym together. The night before his death, Jackie had been in a Euchre tournament at the church.

After we got the call that Saturday morning that Jackie had died, Dana and I drove down to Jack’s house. For many years, our small group had prayed with Jack as he agonized over how to minister to his son through one bad situation after another. If Jack had struggled mightily before, how would he respond now?  Several times that morning, Jack relayed the facts of discovering his son, calling 9-1-1 and trying to resuscitate him. Each time he shared the details, Jack expressed gratitude that God, in His great mercy, had given his son enough time to get his life turned around.  I marveled at Jack’s strength and his resolute confidence in God, the Stronger One.

Last week, when I asked Jack how much time had transpired since his son’s death, Jack held up his Bible and, pointing to it said, “I wouldn’t make it without this.” Jack’s reference isn’t to the book per se, but to the God revealed through it—the God who through His Spirit of holiness powerfully declared Jesus to be the Son of God by virtue of his resurrection from the dead (Romans 1:4).

Has Jack had his moments since his son’s sudden and tragic death? Certainly. At times, overwhelmingly so. But faith isn’t measured by one’s feelings but rather by one’s convictions. And in Jack’s situation, his overriding confidence is in the Easter story—that the empty tomb proves death does not have the final word.

On Sunday, the day after Jackie’s death, thirty family members gathered for worship at the little country church that he attended. Most of the family was not accustomed to attending church. In fact, the grandfather hadn’t darkened the door of a church building since he was twelve. Uncles and aunts, nieces and nephews, and many more cousins all squeezed into that small building. Grief brought them together, but the gospel message keeps them coming back.

Each week they’ve had the opportunity to hear the gospel, many for the first time. The following Sunday, four family members were baptized into Christ. Since then, four more have been baptized, bringing the total to eight who have committed their lives to Christ as a result of Jackie’s death.

What seemed an ending, is only a beginning.  God is using Jackie’s death––and life––as a way of drawing people to Himself:  God’s magnificent defeat.

2 Corinthians 1:8-10 says, “… We were under great pressure, far beyond our ability to endure, so that we despaired even of life. Indeed, in our hearts, we felt the sentence of death. But this happened that we might not rely on ourselves but on God, who raises the dead. …On him, we have set our hope that he will continue to deliver us, as you help us by your prayers.”

Dale Robinson is Executive Minister at North Central Church of Christ. Married to Dana, they have two grown sons. Dana is employed as marketing and communication director for CICOA, the Area Agency on Aging serving central Indiana.

Dale believes the local church plays a critical role in God's design for reaching the world redemptively. His desire is to provide the kind of servant leadership that leverages the giftedness of North Central members, mobilizes them for ministry and engages our community Christ. Dale received his B.A. and M.Div from Abilene Christian University in Abilene, Texas.

Dale was born in Wichita Falls, Texas and was adopted by his foster family––growing up as the son of a campus minister and teacher. As an adult, he researched his family of origin, discovering that he is one-eighth Native American of the Cherokee tribe. He enjoys reading, cycling projects around the house.