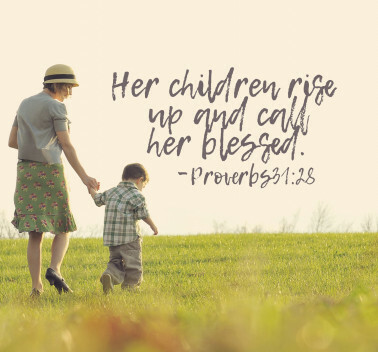 Mother is leaving us. She told me she is going home soon, to her new heavenly home where she has a reservation. This confident assurance has characterized her whole life and it has been her constant message to everyone who knows her. People have been coming to her for encouragement for decades and she has always received them with love and understanding ... and often cookies. For a long time she was the church flower lady, picking and arranging flowers for every worship service, wedding and funeral in her small town congregation. She hosted many receptions and reunions with grace and generosity that is an example to all of us. There were often people staying in her house when they were in desperate need of a place to rest. Sometimes they stayed too long but Mother’s grace was unfailing.

She’s been going for a while and not reluctantly. Mother taught us that our true home is with Jesus in heaven and that is the proper direction for our lives. Her children all believed her and we’ve all been on our way home with her all our lives. Now she is approaching the gates of her new community and because it’s Mother, we are hearing about her vision of that new home. It sounds gorgeous to me and I’m comforted to know that she approaches those gates with joyful anticipation. She loves the songs of the heavenly host and she has been practicing to join them. Singing hymns and spiritual songs has been one of her greatest pleasures in this life. In church she sang a rich alto. She joined the town ladies chorus and sang for many events and benefits. On road trips we all sang with her for thousands of miles.

It’s no surprise to us that Mother is leaving soon and most of us are at peace about it. When we pray with her it is she who is praying for us. We want to comfort and encourage her but we are the ones being comforted. That’s just the way she is. Anyone who ever approached her near enough to touch received the blessing of her love, in a touch, a smile and a warm embrace that you knew was much more than merely a hug. It was an enfolding of the heart that changed you for good. It’s an unforgettable thing!

Mother’s whole life has been devoted to loving God and his children. Those close enough to touch she held close. Others felt her love through the hundreds, or thousands, of letters and cards she wrote, and every one of those invoked the love of God on your behalf. She knew that was her calling and her ministry. She supported her family, her church, her community and everyone else she thought needed the love of God––and who doesn’t?

The earthly family of God will miss Mother, her loss will be felt by everyone she ever knew but her heavenly family is rejoicing at her coming.

Dear God, help me to rejoice with them! In Jesus name, Amen.

Scott Morris is a retired Quality Engineer from Raytheon Middle East Systems. Married to Lisa since 1980, they have three grown children. As a family, they lived 6 years in Riyadh, Saudi Arabia. Scott later worked 10 additional years solo in Jeddah, Saudi Arabia. He now drives part-time for a vehicle relocation company.

Scott grew up in the church of Christ and was baptized at the Broadway and Walnut Church of Christ in Santa Ana, CA in 1961 by Br. Harry Robert Fox. He attended Harding College after graduating from high school in Murray, KY.

Scott and his family moved to Indianapolis from Riyadh in January 1999 and placed membership at North Central shortly afterward.