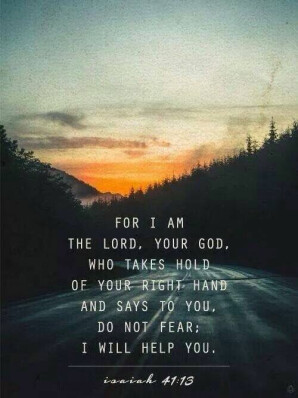 Are you a catastrophic thinker? I am. Well, perhaps not in the clinical sense, but I certainly have the ability to ruminate endlessly about worst-case scenarios.

For example, on the recent trip to Hawaii with my husband, I cleaned the house with extra care before we left “just in case.” While flying over the Pacific, I couldn’t sleep through turbulent skies for fantasizing about our plane falling into the ocean. Snorkeling off the coast of Maui, I ever-so-casually questioned a marine biologist about the likelihood of encountering sharks in the area. Turns out, the likelihood was high though generally not a problem, she assured me, unless the water was murky. A few days later, we were kayaking in Kauai through murky waters when fish began leaping into the air. Our guide explained that they do that to evade sharks. (Moments later, the fish stopped leaping.)

Each day, images of massive eruptions and toxic gas spewing from the Kilauea volcano dominated the news cycle.  Each night I rocked to sleep on the cruise ship with the theme from Titanic playing in my mind: “Near, far, wherever you are, I believe that the heart does go on.”

Sadly, I don’t have to go on bucket-list vacation adventures to worry. Turns out, I can worry about anything. My husband late coming home from work? Car wreck. The pain in my arm and neck? Could be the big one. That thump in the night? Perhaps an intruder…or the raccoon is back (True, dat!)

When I was in college in the (cough!) ‘80s, I read an article in Psychology Today about catastrophic thinking. It said humans are hard-wired to worry because it is a useful survival skill. I find it also comes in handy when planning crisis communication strategies at work. The article said women tend to worry more than men, possibly because—in addition to the obvious threats we all face—women are more focused on the survival of children and also worry about men, who on average are larger and more aggressive.

As a follower of Christ, though, I don’t want my life to be characterized by worry.  Jesus taught, “Who of you by worrying can add a single hour to your life?  Since you cannot do this very little thing, why do you worry about the rest?” (Luke 12:25-31).

I think that worrying, in my case at least, may be a habit born of the desire to control, rather than to live by faith in the goodness of God and the assurance that He works in all things “for the good of those who love him” (Rom. 8:28). The promise is not that everything is good, of course, but rather that God—as demonstrated through the cross—has the ability to snatch victory from the jaws of defeat.

So how do we deal with worry? First, I find it helpful to live in the moment (It’s not happening now!) and to remind myself that, to date, few of my worst-case scenarios have come to pass. As Mark Twain once quipped, “I am an old man and have known a great many troubles, but most of them never happened."

I follow up this reality check by spending time in grateful praise and prayer for the blessings God has lavishly poured into my life. Gratitude dissipates worry.

Second, I try to meditate on the simple promise of 1 Peter 5:6: “Cast all your cares on him, for he cares for you.” The passage I referenced earlier from Luke 12—in which Jesus instructs us not to worry about what we will eat or drink or wear—concludes, “the pagan world runs after all such things, and your Father knows that you need them. But seek his kingdom, and these things will be given to you as well.”

There’s a story in 2 Kings 3: 9-26 in which the kings of Israel, Judah and Edom went out to war against the king of Moab. After marching for seven days, they ran out of water. Worried and fearful, the kings sought the prophet Elisha, who instructed them to dig the valley floor full of ditches.

“You will not see wind or rain, but the wadi will be filled with water,” Elisha promised. “This is an easy thing in the eyes of the Lord, and he will also hand Moab over to you.”

Thankfully, Elisha did not rebuke the kings for their concern over the water shortage. Easy, breezy, he assured them. But he did note that they had not asked about the larger concern at hand, which was their battle against Moab. I confess that, too often, I obsess about my own real or imagined water shortages when there are larger battles to be fought and won. When I am focused on worst-case scenarios, I am less mindful and prayerful about kingdom things.

Imagine my surprise after returning from vacation to find in my inbox the daily Bible reading with this passage: “My soul, relax! The Lord is caring for you,” (Ps. 116:7, Easy-to-Read Version). Wish I would have read that before we left.

What do you do to break out of the cycle of worry? I would love to hear your thoughts.