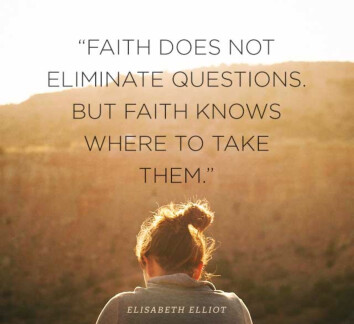 God’s work in the world today is a perpetual and glorious spectacle, but perception is highly susceptible to expectation.

Do I “stand amazed in the presence of Jesus,” or overwhelmed by some natural phenomenon of earth and sky? O my God, will you strengthen my faith?

I grew up in an age of refocus, a vast shift of expectations. It now seems the whole world has turned its eyes away from God and changed its expectations to outcomes resulting from nothing but the laws of physics and nature, or to other gods. The role of the church in this shift (and do not doubt that the church played a role) was to diminish the supernatural majesty of God by relegating Him, His Son, and especially His Spirit of Holiness to the pages of a book and to the hours of worship. Even in Sunday school I heard natural philosophy used to explain God’s activities, from creation itself to the resurrection of Jesus. Sometimes the preacher would say that God may have simply used the processes of physics and nature to part the Red Sea at just the right time for his purposes, or that God may have employed an earthquake to bring about the destruction of Jericho just when the horns blew. It was all so logical!

The implausibility of a miraculous Noah’s ark or Red Sea parting became part of a cultural narrative that weakened my faith in God. Appealing to my own logic, my proud “scientific intellect,” this rational cultural narrative formed a huge barrier to my faith. My expectations were formed and cemented so that perceiving God’s glorious works now requires much more than casual observation. Old people I have known saw the seasonal changes and praised God. I saw the changes and credited the autumnal equinox.They saw the Grand Canyon and praised God for its reflection of his magnificence. I marveled at eons of geological process.

I have wanted to change this point of view for years. I want to have a sense of God’s presence stimulated by everything that amazes me.

In the Psalms, David wrote over and over again of his faith in God. I believe he was inspired by the Holy Spirit, but I also believe David was practicing to perfect his faith. It amazes me to see how thorough his acknowledgement of God was.

I’m inspired to think that every one of us may share in the grace of God toward David, that made him able to constantly stand amazed in the Presence!