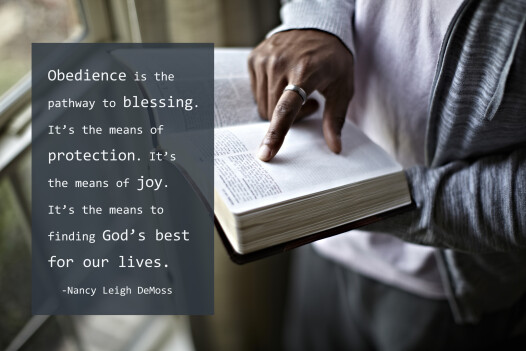 I have resisted or rebelled against human authority all my life. I don’t like to be controlled by others. I hate to be pushed or pressured to conform to anyone else’s expectations. My first response to coercion or threat is defensive, even before thought. As a child I dreamed of freedom from rules and authorities. I often took advantage of situations that allowed me to be free of conventional constraints on my behavior. I’m thankful that most of the discipline I received came from a loving mother and father. It could have been worse. If I had lived in town some of my behavior or activities could have resulted in police intervention.

In school I was always impatient for the breaks; recess, lunch, or the bell at the end of the day. Teachers and monitors had a hard time controlling me. I got to know principals and counselors.

Sitting in church with my parents taught me a different perspective on God’s authority. They made me see that God’s rules were for the benefit of his children. Their discipline was intended to help me repent of my misbehavior.

It would be a mistake to think that I learned fast or young. My wild nature persisted for a long time. I don’t think it’s necessarily a bad thing. Dangerous, maybe … sometimes, but in the long run I did learn to think about things before acting on my impulses, or reacting to outside pressures. I learned to think whether or not the pressure is godly or worldly. I also learned to think whether my reaction is godly or not, especially when the pressure is definitely not godly.

It also became important for me to realize that even godly authority may be misused. People we love and respect can make mistakes. Being subject to worldly pressure, they may react in ways that affect those they love, or for whom they are responsible. Recognizing and accommodating the limitations of others is an important Christian discipline. Forgiveness is a critical practice in faithful Christian living.

Today my life is somewhat subdued from wild boy beginnings. I have learned to yield to others. I have learned to consider my proper role and responsibility in various circumstances. I sometimes think I got it right, but I’m sure that in all things God’s will is at work.

Lord, help me to yield to your will in my life. In Jesus’ name, let it be.