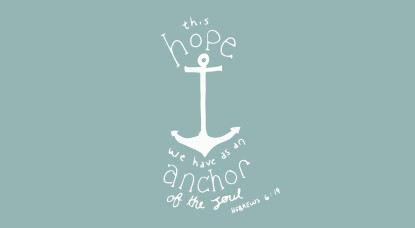 Recently, I read Shusaku Endo’s Silence and Graham Greene’s The Power and the Glory one right after the other. The first is a fictionalized account of the historically true persecutions Christian missionaries endured in Japan during the end of the Medieval period. The second takes place in southern Mexico during the 1930s when Catholicism was illegal, and many priests were shot or otherwise executed. As you can imagine, they were not cheery readings, but powerful. There were many cross-textual similarities that I will not take the time to delve into right now. However, they brought up many questions in my mind, such as:

One of the striking features in both these novels is the sparse, moral differences between the Christians and their persecutors. Pusillanimous and fickle, neither Endo nor Greene, portray their heroes in any kind of saintly or heroic light. Instead, they shine in their humanness, their relatability. At times they are abusive, manipulative, cowardly; they commit fornication, compromise their beliefs, and allow others to suffer on their behalf. Hardly commendable.

The priest and the missionary are distinct from their surrounding culture, however, in their dogged determination to cling to any dirty scrap of hope. Although Greene’s priest and Endo’s Portuguese missionary appear to us as reprobate believers from our vantage point of comfort and privilege, they refuse to relinquish their belief in a God of mercy. Even in their anger, doubt and dependence on alcohol or fear of pain, they reveal a God who has compassion for the dirty and pitiable, the ugly and the desperate.

Speaking of his priest while incarcerated, Greene concludes,

“He was moved by an enormous and irrational affection for the inhabitants of this prison. A phrase came to him: “God so loved the world…” He said: “My children, you must never think the holy martyrs are like me. You have a name for me. Oh, I’ve heard you use it before now. I am a whiskey priest. I am in here now because they found a bottle of brandy in my pocket.”

Greene’s and Endo’s protagonists recognize that through the eyes of God there is no difference between themselves and the dirty, sinful populace they were sent to serve. Their hope, however meager, has been their reminder of God’s compassion and mercy toward themselves, and humanity at large.

“[The priest] was unable to picture a world of which he was only a typical part - a world of treachery, violence, and lust in which his shame was altogether insignificant. How often the priest had heard the same confession. was so limited: he hadn’t even the ingenuity to invent a new vice: the animals knew as much. It was of this world that Christ had died: the more evil you saw and heard about you, the greater glory lay around death; it was too easy to die for what was good and beautiful, for home or children or a civilization - it needed a God to die for the half-hearted and the corrupt.”

Hopefully, we understand we are among the incarcerated, the pitiful and the half-hearted. However, in our times of weakness and loss, let’s not despair. Can we hold on to a scrap of hope?

Book reviews for kids and adults from a Christian world-view.